BAOBAB is a platform investigating alternative channels
for the distribution and dissemination of photography.
BAOBAB
NL

Baobab is an experimental multimedia platform created to challenge the future of photography.

The goal of Baobab is to push authors to take ownership of their own photographic and professional careers, by stimulating hands-on experiences to be taken into the next step of their creative development.

We (Kirsten Bosma, Pietro Bulfoni, and Daniel Siegersma- founders of the platform) offer a range of activities and educational experiences that aim to strengthen the photographers’ capacities to reflect, create and craft a story. From how to gather financial support, to how to sequence a series of images; from how to pitch a concept, to its translation into a photo book of any sort.

EVENTS
The medium of photography commonly presents itself in two dimensions, but a whole process of thought, experimentation, and failure builds towards its creation, to the making of a final message.

By creating exhibitions, talks, and workshops, Baobab responds to the need to bring ideas together. These hands-on experiences are a stimulus necessary in order for a photographer to reach the desired audience. Baobab promotes various independent activities, while also initiating commercial and educational projects. 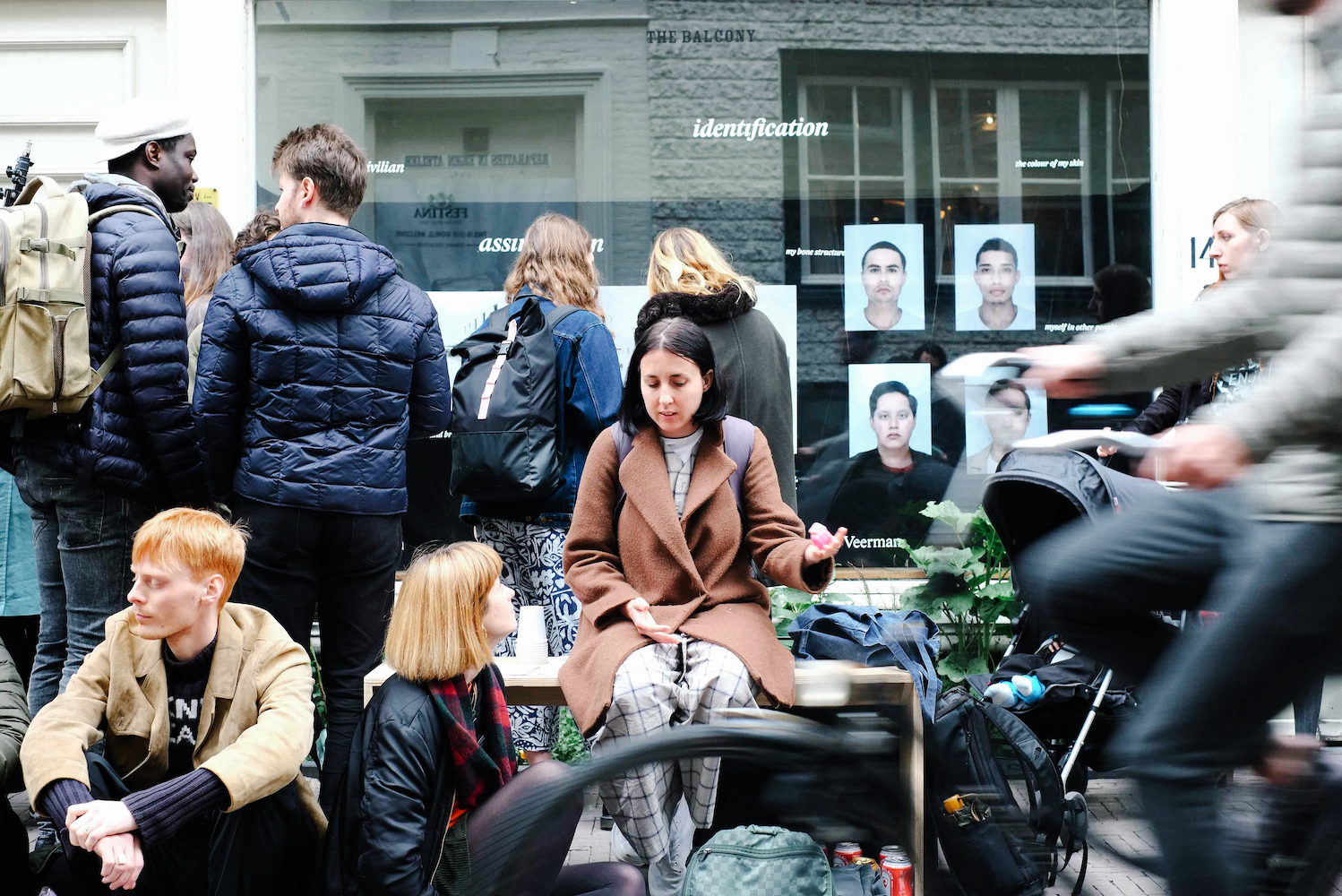 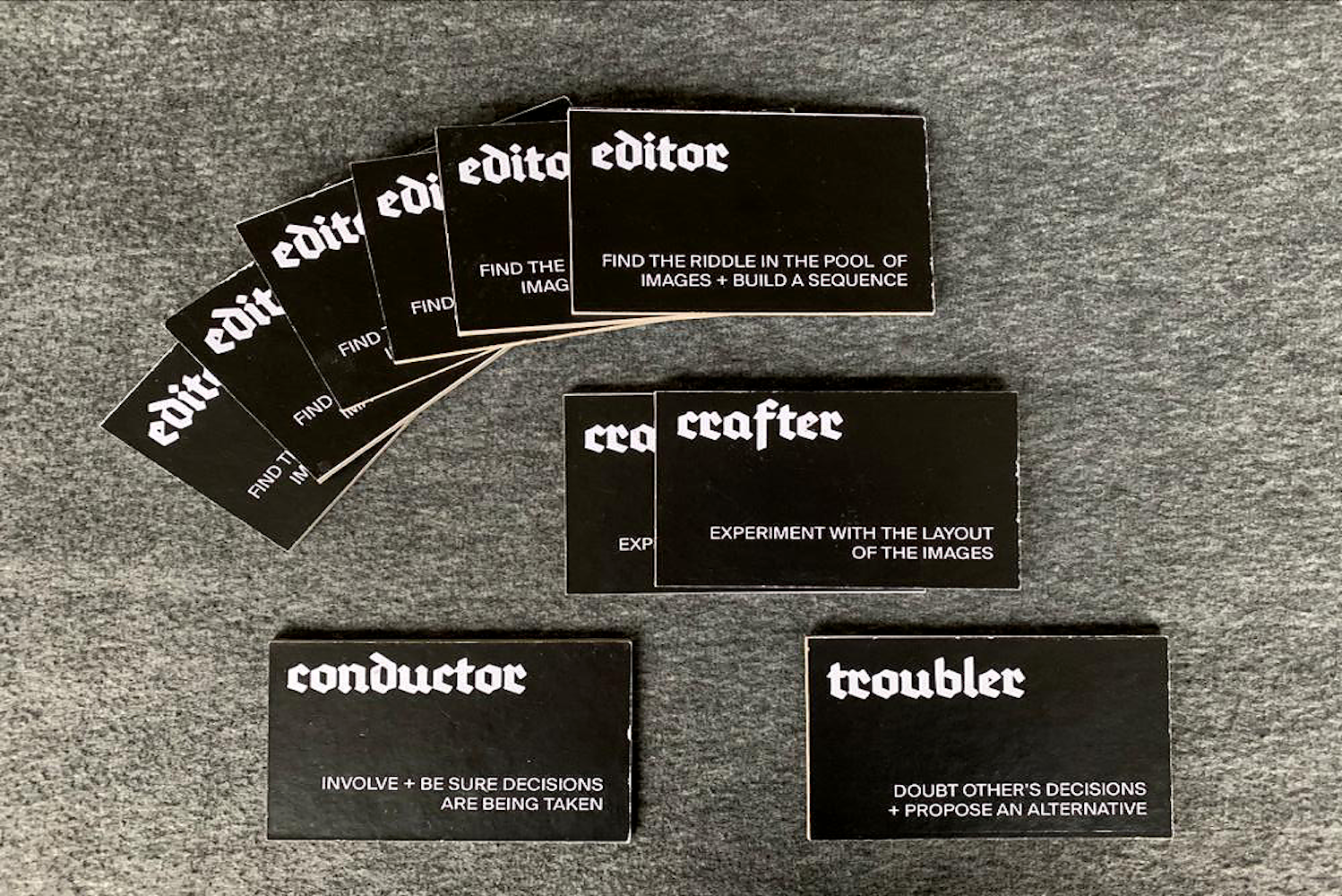 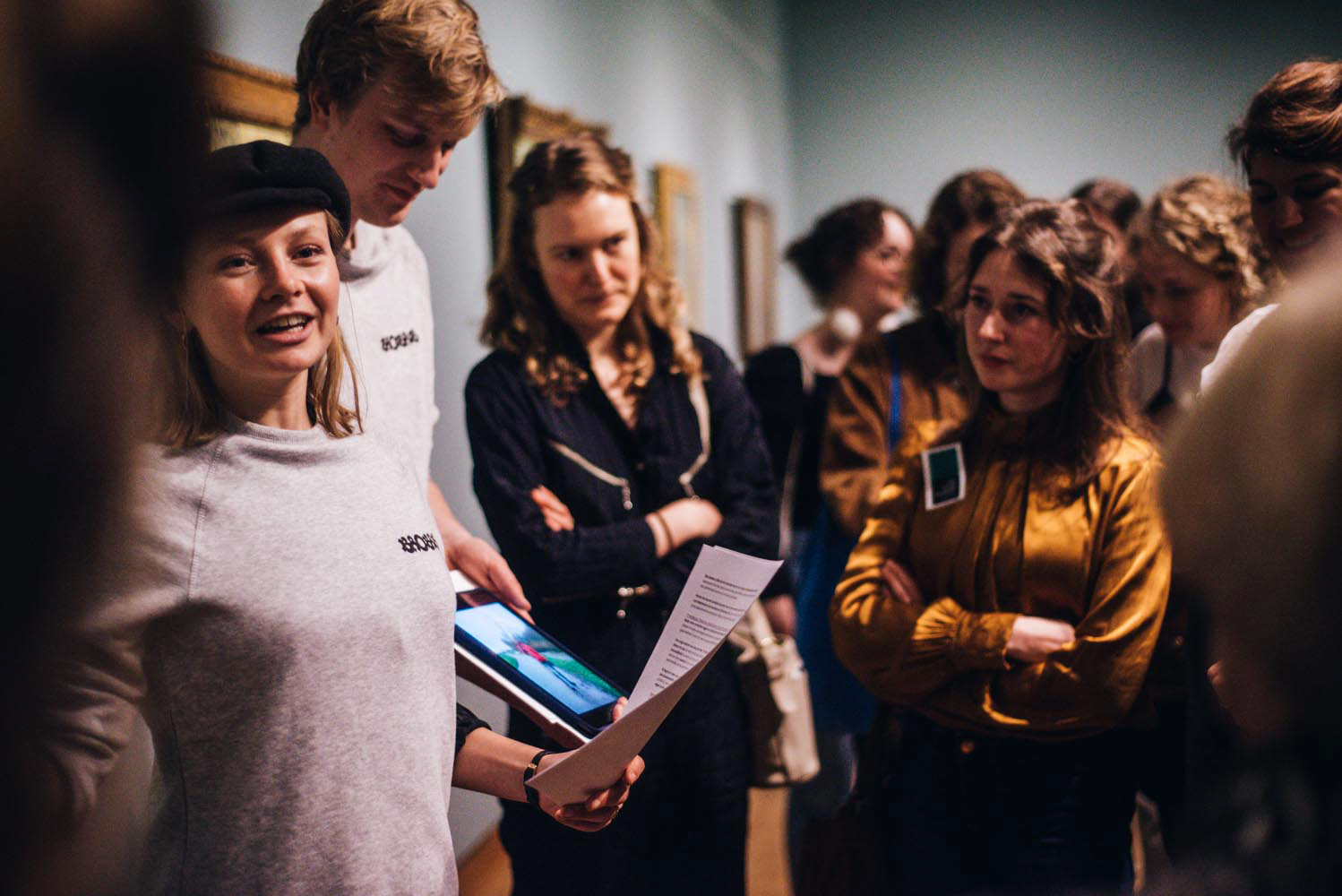 Talks
MAGAZINES
Along with these activities we produce an annual magazine, a sort of cook book where many different ingredients end up creating each time a new recipe.

Through the collaboration with different graphic designers and student guest editors, Baobab creates opportunities where new narratives can be explored.

Three guest-editors, each from a different school are asked to decide upon the content, form and picture-edit of the magazine. The material they’ll need to work with is generated in the three academies / schools they come from. Together with a Graphic Designer they are in full control over all these decisions. Not only the challenge the construction of a magazine, but also to challenge the idea of what a magazine is. Consequently every issue of Baobab magazine will be different because of this way of working with guest editors. 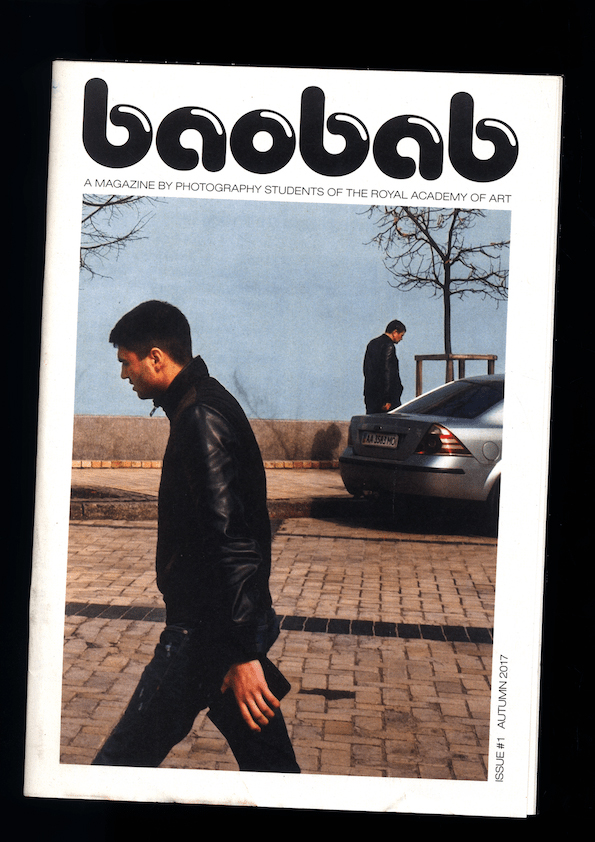 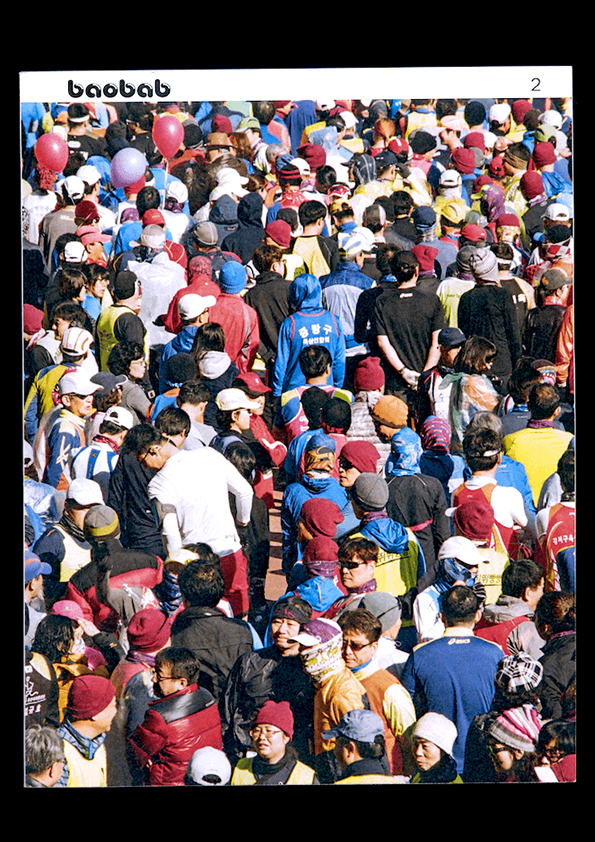 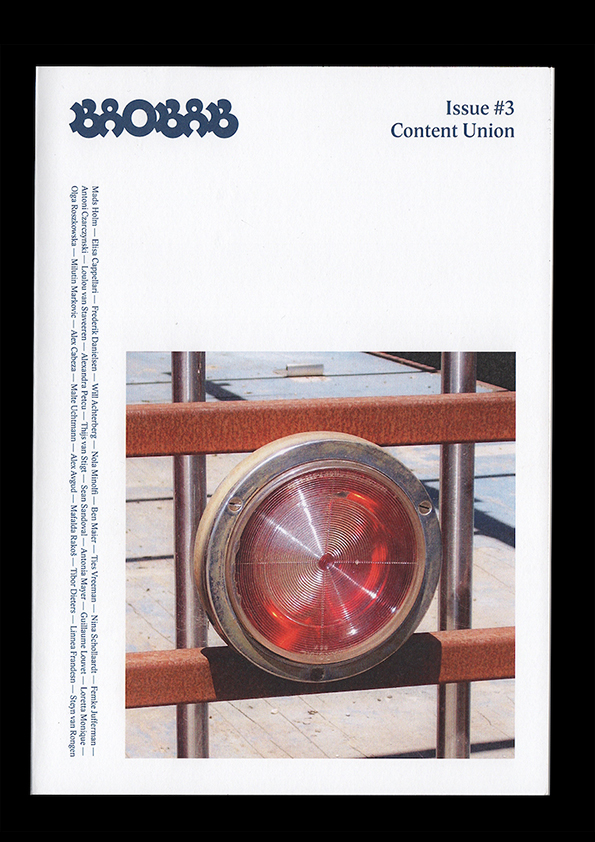 Baobab Magazine #3
Remixing Europe
June 2019
ORDER NOW
A  celebration of the short term project. A space for all the works that are made for the academy and for the development of ourselves. Many of these projects gather dust under a bed, in a closet, or at someone who has more space than we do. In this issue we desire to elevate those projects, photographs and writings, to celebrate their existence and their contribution to the process of becoming a photographer.

A lethargy refers in the animal kingdom to a period of rest, inactivity, which is necessary to the cycle of life. Somehow lethargy conserves energy, especially during winter. In a similar manner it affects humans with different weights in approximative periods of life. If a pair of hands is no longer able to cover the eyes of its owner, the blur of a panorama still needs to be viewed. We found the instance in which the natural lightning in the far background would have synced with the flash of our point of view, yet again eyes were closed, unable to witness serendipity.

Participants
Editors: Kirsten Bosma, Pietro Bulfoni, Daniël Siegersma
Featured writing: Alex Avgud
Featured photography: Suzanne Schols, Fabian Kasper, Sabine Rovers, Linus Kropp, Katarina Juričić, Jeanne Aubert, Eva Borsboom, Io Sivertsen, Clara Bercher, Vladimir Vidanovski, Anna Kieblesz, Filippo Maria Ciriani, Melissa Carnemolla, Silvy Crespo, Joël Hunn, Anna Charalampidi, Antonia Mayer, Elisa Cappellari, Naomi van Heck, Davide Degano, Linda Zhengová, Tasha Orlova, Marysia Swietlicka, Rosa Alvarez Solano, Nina Schollaardt, Melissa Schriek, Stan Heerkens, Yentl van Toledo, Sungjae Joo, Dessislav Lilkov
On the occasion of the European elections, Baobab Magazine’s third issue Content Union reflects on the state of our continent. 25 students from both the BA and the MA course portray a series of untold stories and off the radar identities. From the biggest fake-city turned into a military playground in Germany to the copycat architectural style of Romas in Macedonia, passing through the political stances of musical genres like Flamenco in Spain to Turbo Folk in Serbia. The ambition of this issue is neither to criticize nor to to praise but rather to question past and present, me and you, aesthetics and politics, with the purpose of bending the narrative of the future.
— The Guest Editors